I had a no good very bad terrible day today.

Everything started off well enough, with a trip to the farmer’s market to pick up some fruit and vegan chocolate cake, and then an early (and overpriced) dinner at Il Fornaio by the ocean. We left around 2:30PM, when I got home at approximately 6:00PM, I walked into my room and saw one of my magnets on the floor.

“Curious,” I thought. Then I looked at my table and saw that my wooden magnet board had fallen right off of the wall, onto my desk. My first thought was my Macbook Air, which the fallen board was resting on, so I didn’t even notice my iPad at first…

But as it turns out, my poor iPad took the brunt of the impact, and sadly, the screen shattered into many pieces only held together with my not-so-effective screen protector. My iPad is in a case, but of course the lid of the case happened to be open, and my iPad happened to be in exactly the wrong spot, at the wrong time, on a day where I had meant to be doing something else at that moment. As soon as I saw my iPad, I burst into tears, because, hello, expensive broken electronic device, one that I’ve taken particular care of, and one that I use on a daily basis. John was not at all impressed with my hysterics.

Within ten minutes I had made an Apple Store appointment (for 6:50) and backed up my data. The iPad was still working, luckily, so I didn’t lose anything but some apps I couldn’t sync because I have two iTunes accounts that I use. We made it to the Apple Store at around 6:15, and they bumped my appointment up to 6:30… so we milled around for awhile until it was my turn.

The genius (not literally, that’s just what they call them at the Apple Store!) employee took a look at my iPad and told me I’d have to pay a replacement fee to get a new iPad (which I knew was $250), so I was feeling pretty sad. But after he looked up my info, he said that if I was super extra careful and promised not to break another iPad (I won’t!) that Apple would give me a one-time replacement for free.

If anyone is wondering why I own an iPhone, an iPad 2, a Macbook Air, and a Macbook Pro, well, that’s why. I’ve always gotten good customer service from Apple, and it’s so worth it to buy from Apple and have peace of mind than to buy some shitty Windows computer. As a side note, I’ve never had a problem with my Apple computers, but I can’t say the same of the Windows computers I used to own.

Let me tell you, I was beyond relieved, since the idea of paying $250 to replace my iPad made me awfully sad. I’ve learned my lesson, and there will no longer be anything over the wall where I put my iPad, and additionally, my case cover will remain closed when I’m not using it! I now have a brand new, unblemished iPad so all is right in my world for the moment.

I went to the Del Mar Fair tonight with Mom and Jonny. Same stuff, different year, as always. It’s always fun to walk around for a couple of hours, eat some fair food, and come home with an inevitable tummy ache.

I had some tasti chips (fresh fried potato chips), some hot sweet tasty nuts (cinnamon almonds), and a roasted corn on the way out. We didn’t go on any rides, but I did insist on walking through the arcade area for some photos. I got away without buying anything, but I was mighty tempted by the Vitamix blender and that super sticky thing that’s for picking up kitty fur. 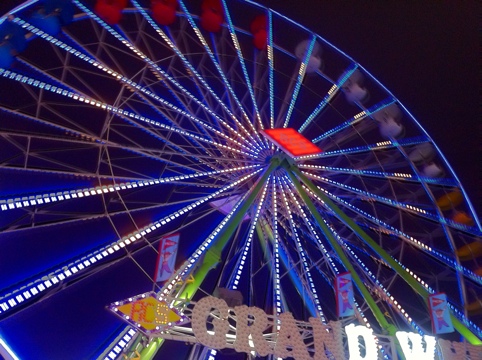 This is the cutest little hog in existence. I want one. Actually, on second thought, I want two. 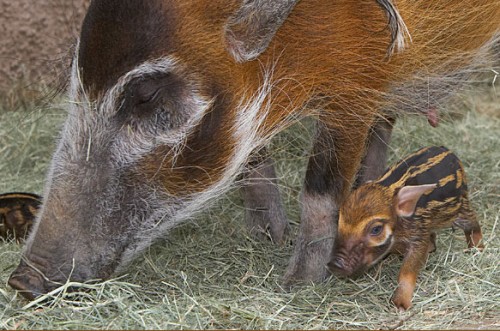 We went to the Solana Beach Farmers Market today, and picked up a bunch of fruit and vegetables. I got strawberries, pears, mandarin oranges, spinach, tomatoes, carrots, radishes, and avocados all for $20. It’s a pretty good deal there for a lot of tasty produce, and I plan on making it a regular thing to visit farmers markets. 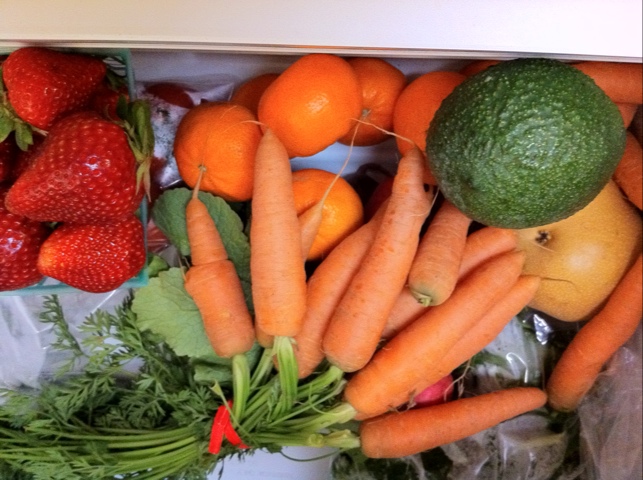 On the way back from Solana Beach we stopped at Torrey Pines Beach. I always like to go to the beach when we can because it’s good for my allergies since it’s nice, clean saltwater air. We saw something pretty creepy while we were there though… as we walked along, there was a group of people gathered around something laying on the ground. John didn’t want to go see what it was, but I walked up and it was a pelican. Then as I turned around and was walking back to where John was, another pelican fell out of the sky right in front of him and thumped onto the sand on its neck. It was strange, and sad to see! 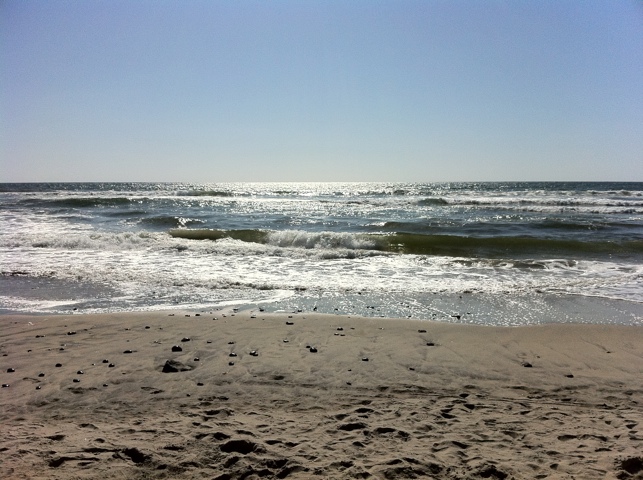 Today was wisdom teeth day. I went in thinking it would suck, and I came out pleasantly surprised that it wasn’t bad at all.

Not. I am lying. Of course it sucked, I was put to sleep in a cold room with a painful iv and more tubes than should have been necessary so that the surgeon could cut up my gums and break up my teeth to remove them from my mouth. I reiterate my belief that dentists are sadistic.

I’m still recovering from the anesthesia, and I’m nicely swollen with some ongoing bleeding that hasn’t stopped yet. My throat is sore, my jaw is sore, and those spots are achy. Kudos to my brother, but I think I’ll be missing the pizza and bowling tonight!

I took these pictures last Monday, the first one is the room I had my teeth out in. That’s some high quality tv there… My regular dentist has LCDs in the ceiling :( they were making me watch a video on all the horrific things that could go wrong. The other picture is my panoramic X-ray. Exciting, right? 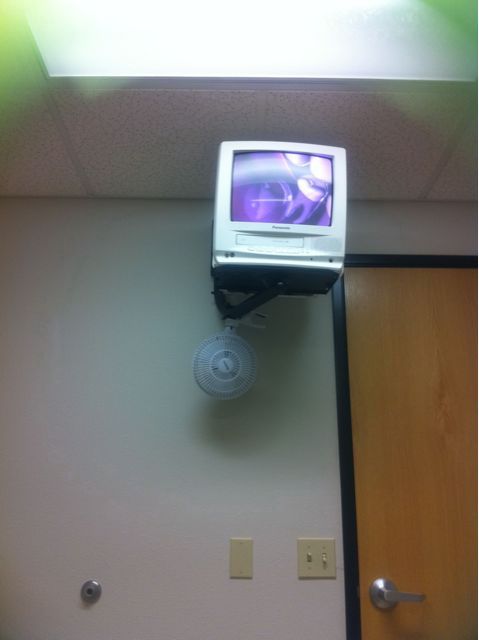 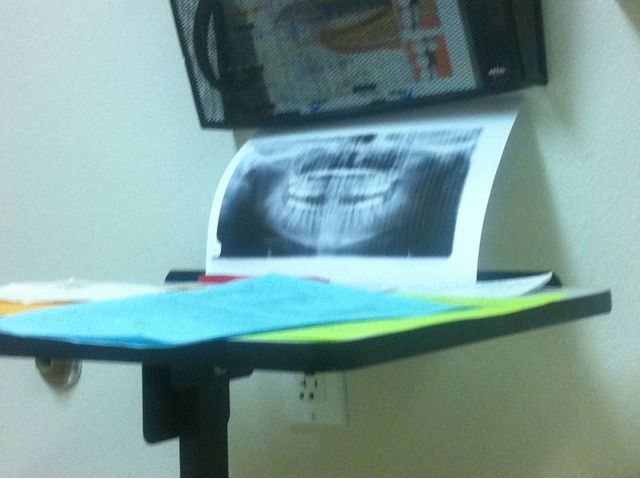