Several months ago, a mysterious cat began visiting our yard, much to Molly’s dismay. We were initially worried the cat might have escaped from a nearby house, but its collar and pudgy belly suggested otherwise. We’ve seen the cat (who we affectionately call Voldemort) traipsing along our fence on a near-nightly basis since then and we’ve also seen it (I call it she, John calls it he) around other areas of the apartment building. Voldemort has become a regular part of the backyard wildlife, which also includes squirrels, a family of raccoons, and a skunk. Last night was business as usual, or so we thought. We heard Voldemort outside but when we peeked out the window, we were in for a major surprise…

Suddenly, there were two identical silver bengal cats walking along the fence. WHAT.

Apparently, someone in the neighborhood has two lovely cats that roam the wilderness of Sunnyvale and despite seeing them separately dozens of times, we had never seen them together to know that there were multiples.

Several months ago my brother got a new cat, who is the sweetest little guy. He’s also got the best cat eyebrows ever. Meet Alfie: Paint me like one of your French girls, he says. 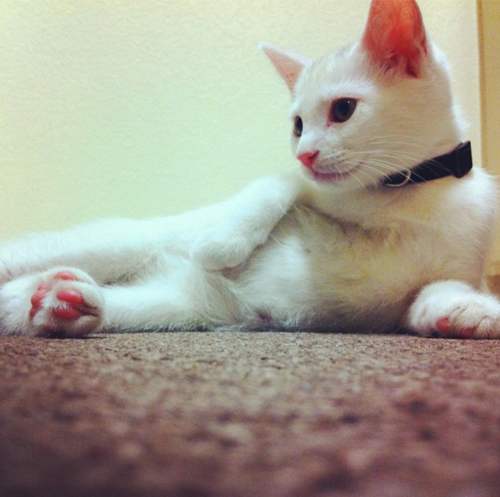 I’m gonna be a mighty queen, so enemies beware!
I’m gonna be the mane event, like no queen was before
I’m brushing up on looking down I’m working on my roar! If Pixel goes blind let this stand as evidence that it was her own doing. 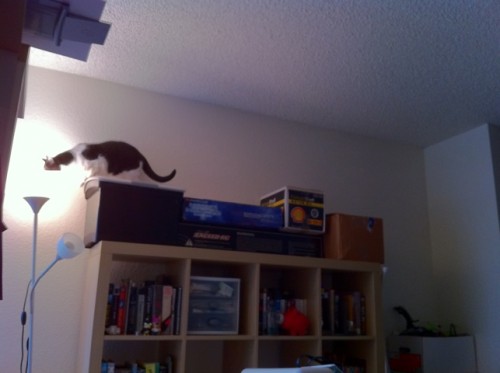